Following the massive hack of the EncroChat phone network police in the UK mounted Operation Venetic and hundreds of arrests have since been made. The operation is nowhere near over yet and anyone who has any concerns about their possible vulnerability in this matter should read this article.

TLDR: Get legal advice from Adam Law Solicitors immediately. You are probably already under investigation. 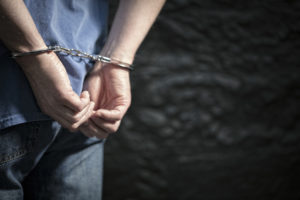 Over 700 arrests under Operation Venetic

Is EncroChat evidence admissible in court?

There are strong indications that EncroChat evidence may be admissible following a High Court ruling in October 2020. This ruling is very technical and a full report can be found here.

Is it illegal to own an EncroPhone?

Possession or use of the “encro” telephone itself is not an offence or evidence of other criminality. It is the contents of the device that may provide evidence of criminal offences having been committed. The police are interested in the messages sent or received on such a device. The Police are linking encrypted phones to serious offences such as Murder, Money laundering, Fraud and  drugs related offences such as possession with intent to supply, conspiracy to supply drugs, production of drugs and importation of controlled drugs.

Do I have to give police my phone pin?

Section 49 of the Regulation of Investigatory Powers Act 2000 contains the relevant power. If your phone has been seized, or in circumstances where they have the power to inspect it, the police can give you notice that they require you to provide the PIN or “encryption key” to allow them access. The same applies to other devices such as computers and mobile phones.

However if they’re talking to you in relation to EncroChat then it’s very likely they’ve already accessed all your data.

What are the offences related to Encrochat?

You can’t be charged just for having or using an encrypted phone. However the authorities are going through their huge haul of EncroChat messages. Since chats and phone calls through platforms like WhatsApp are encrypted, these cannot be intercepted during transmission. The police can nonetheless legally access data stored on a phone or a computer. If they find messages which may implicate you in relation to any criminal activity then you could face legal action. This has already led to scores of arrests and the authorities are very determined to pursue anyone they suspect of criminal activity.

What defences are there related to Encrochat?

Much of a potential defence will be formed around how the police obtained the data and how reliable their assertion that the messages originate form you. For example, just because messages were made or sent using your phone doesn’t automatically prove they were written by you.

Another possible defence relates to the acquisition of your data; the court must be satisfied that is was obtained in a manner that satisfies “the court’s sense of justice and propriety”.

This is a grey and complex area of law. Every case will require a finely tuned defence that can only be built by experienced legal experts. This is the only way to ensure you mount the strongest possible defence.

What should I do if I’m worried about messages I’ve sent using EncroChat?

You should contact Adam Law Solicitors immediately. The more time we have the stronger defence strategy we can construct. If you are arrested, please do not answer any police questions until we arrive. This is very important.

Investigation may be underway long before any interview or arrest. It is imperative you appoint Adam Law Solicitors so that you are ready and prepared before you are contacted by the authorities.

If you are concerned you may be facing charges relating to encrypted phone data ‘encrochat’, or are already facing charges, it is essential you contact us immediately.