At Adam Law solicitors we do not subscribe to the “one size fits all” principle. Our service is tailored to suit your individual needs. Our team of dedicated experts can assist you with all of the above. Forexample – providing initial advice and assistance, preparation, making applications, (in UK or online abroad) appeals and representation.

Homes and prison visits can be arranged. 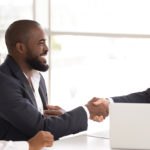 Anyone who is a citizen of any European Union country has right to come to the UK under a treaty agreement. As a worker, student, provider of service, anyone that is a self sufficient person  i.e. not a drain on the UK economy may apply to live in the UK. We will help you make your application. You can also bring qualified people with you . A qualified person may be for example, a child over 18 (under the EU treaty a child can be up to 25 yours of age), a grandparent, parent or a spouse.

Prisons: we will visit anywhere in the UK and take instructions from you. This does not apply just for people applying to enter the UK. You may have been resident in the UK for many years but for whatever reason  had not applied to become a British citizen, and been charged for a criminal offence resulting in a custodial sentence for at least 12 months.. This means you will  automatically be deported at the end of your sentence.

Immigration Removal Centres. Let’s say that you came to the UK to attend a wedding  at Easter and were granted leave to remain until September, but you decided to stay on, and one day, as you were walking along a street you witnessed an accident and gave your details to the ambulance services. So the police track you down and find out you have overstayed! You may be put in a Immigration Removal Centre until a flight can be arranged. In such circumstances swift action is needed and we are set up and ready to act quickly and effectively.

The present immigration rules state that if a person can show at least one of their grandparents was born in the UK (this is not the same as resident, or becoming British by registration or naturalisation), regardless of where you are now, you may be able to apply to come to the UK and work for up to 5 years. If successful at end of the 5 years residence you may apply to ‘remain indefinitely’.

This often, but not exclusively, applies to women. For example a man legally in the UK, goes to another country and meets and marries a woman. On their return to the UK he begins to abuse her, physically or mentally, but, for good reasons, she doesn’t want to return to her own country. If she can show evidence of abuse she can apply to remain permanently in the UK.

A prison sentence can result in deportation for a legal resident. For example a long term resident is involved in an accident and injures a pedestrian and on examining the vehicle it’s not in good order. He may be charged for driving a dangerous vehicle and may be sentenced for 12 months or more. Even if he or she spends only 6 months in prison, the law states that if the sentence was 12 months or more he or she should be deported at the end of the sentence. There will frequently be good arguments to submit in favour of being allowed to stay, for example, your family are all here and have been for years, your children are at school, you have a good job etc. An appeal would start with a local tribunal but could end up as far as the European Court in Strasbourg!

When you have lived legally in the UK for more than 10 years. (Lawful residence for 10 years or more).

For example a person comes to the UK in 2004 for a period of 5 years as a student and stays while they study and intends to return to the country of origin once their study is complete. However they change their mind and stay, legally, on for further studies for another 3 years – now here for 8 years. They decide to do a PhD and stay for another 2 years and on completion they’ve been here 10 years as a student (and therefore as a legal resident).

In a circumstance like this, where you have stayed for a total of 10 years as a legal but not permanent resident) you may  approach the Secretary of State and ask for permanent leave of residence.

For example, you came as a visitor many years ago but, for whatever reason you never made an application to stay. In that instance, you may apply for permanent leave of residence once you have been here for more than 20 years.

If you have been allowed leave to stay in the UK for a specified period you may apply for settlement after the period has expired. This period will be either 3, 5 or 7 years depending upon the reason you were allowed to stay, for example as a spouse or a refugee. [Marriage/unmarried/same sex couples civil partners visas see marriage /settlement]

Usually this occurs where someone is British and settled in the UK and have a child abroad. The child could be said to be British by descent, but often the fatherhood or motherhood is disputed by Home Office and so DNA testing is required. We can arrange this.

If you have lived in the UK for some time you may be able to make a Human Rights claim under article 8 of the European Human Rights Act. A typical example would be where a child has been brought here by relatives and on leaving school doesn’t receive their National Insurance number and only then discovers they never had permission to live here in the in first place. It would be a strong case to argue that as they had grown up here, their friends and family were here and they had almost no knowledge of their country of origin they should be allowed leave to stay.

Application outside the rules

An example would be where a visitor is in the UK and wishes to remain permanently to support their family. They could ask the Secretary of State to consider an application outside the immigration rules.

Adam Law Solicitors represent and advise people throughout the United Kingdom and abroad. Our offices are in Sheffield, South Yorkshire but we are usually able to help you wherever you are currently based.

Whatever stage you are at we can give you advice and guidance, don’t let things stall.