This was the headline in September and a stark reminder of the possible consequences of committing furlough fraud. The government, the civil service and the police are taking furlough fraud very seriously. 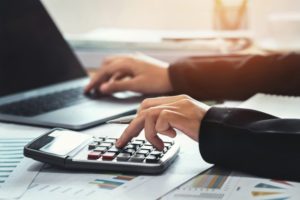 According to the BBC “HM Revenue and Customs, which administers the furlough scheme, has suggested that up to 10% of the money delivered by the scheme to mid-August – some £3.5bn – may have been paid out in fraud or error.”

“If checks couldn’t be carried out before the money was released, they are being now. People who did commit fraud on these schemes can expect there’s a good chance that they will be detected and followed up and … the process of the law used as appropriate in those cases,” said Gareth Davies comptroller and auditor general at the National Audit Office.

Elsewhere in government the HMRC was reported to be investigating 27,000 ‘high-risk’ claims, whilst Gov minister Grant Shapps urged staff to report furlough fraud.

Extension of Furlough arrangement through the winter until March 2021 is expected to spark further high risk claims. Whilst the revised Furlough fraud arrangements are designed to eliminate much of the fraud carried out in the first wave that doesn’t mean they are proof from further fraud.

With such strong pursuit of anyone suspected of committing furlough fraud you cannot afford to let things lie. You should take qualified legal advice immediately. Penalties are severe and you need the best legal people possible. Adam Law Solicitors are financial fraud experts and will respond to any enquiry swiftly, ensuring you can mount the best defence possible, if that becomes necessary. Read more about Furlough Fraud and how we can help anyone worried about a possible prosecution here