Adam Law Solicitors offer expert legal advice for anyone facing, or worried about facing, prosecution for Burglary. We have a dedicated criminal defence team who have many years experience of all charges of criminal activity.

If you are concerned you may be facing charges for Burglary, or are already facing charges, it is essential you contact us as quickly as possible.  Phone us now on  0114 256 0111, or email us or use the form on this page.

Section 9(1)(a) requires proof that the entry took place with the intention of:

Section 9(1)(b) requires proof that after the entry took place the defendant:

The definitions of burglary offences in section 9 of the Theft Act 1968 do not distinguish directly between the burglary of a dwelling or a non-dwelling. There are, however, important differences in respect of venue and sentencing.

The Theft Act 1968 uses the term ‘dwelling’. Section 9(3) of the Theft Act 1968 provides for different statutory maximum sentences for burglary depending on whether the building is a dwelling or not.

There is no statutory definition of a dwelling within the Theft Act 1968 and no entirely definitive case law.

The judgment in R v Saw and Others [2009] EWCA Crim 1 contains comments about the aggravating factors arising from the special nature of a building which people use as a home, but provides no specific definition of a dwelling.

Some cases have dealt with the issue of buildings which are living accommodation temporarily unoccupied or not permanently occupied, such as a hotel room.

Courts appear, however, to have taken a broad view of the definition of ‘dwelling’ in respect of offences of burglary. Structures such as sheds and garages within the boundaries of a property and even mobile caravans have all been considered to fall within the definition of ‘dwelling’. The courts were encouraged by the Lord Chief Justice in the case of Saw and others to sentence accordingly in such cases.

The question of what constituted a dwelling under section 9 of the Theft Act 1968 was specifically considered by the Court of Appeal in the case of R v Rodmell (24 November 1994 – unreported). This was a case that involved the burglary of a garden shed, and the theft of power tools. The shed stood in three and a quarter acres of grounds of a house, and some 60 yards from the house.

The Court of Appeal cited with approval the following sentencing remarks:

‘A garden shed is part of a person’s home. Burglars should be under no illusion that burglary of outbuildings is just as much burglary of domestic premises as breaking into the front door, although it can be said to be not quite as serious as breaking onto the place where people live.’

The definition of ‘dwelling’ in section 8 of the Public Order Act 1986, for example, is:

‘any structure or part of a structure occupied as a person’s home or as other living accommodation (whether the occupation is separate or shared with others), but does not include any part not so occupied, and for this purpose ‘structure’ includes a tent, caravan, vehicle, vessel to other temporary or movable structure.’

This definition arises, however, from the fact that the Public Order Act 1986 specifies that certain offences cannot be committed from within a dwelling. It is for that reason that the definition includes the words ‘… but does not include any part not so occupied …’.

The Court of Appeal in Le Vine v DPP [2010] EWHC 1128 (Admin) therefore held that because of these words of limitation the laundry room of a communal block of flats was not part of a dwelling for the purposes of section 8 of the Public Order Act 1986. It is submitted that this decision should not be applied to the provisions of section 9 of the Theft Act 1968, particularly as they contain no equivalent limitation.

The offence of burglary may be committed where there is a trespass accompanied by the use of or an intention to use force.

Where a burglary involves theft and force is used immediately before or at the time of stealing (or attempting to steal) the defendant may have committed an offence of robbery. Prosecutors normally charge robbery, where robbery can be made out rather than burglary (or aggravated burglary).

A person is guilty of aggravated burglary under section 10(1) of the Theft Act 1968 if he commits any burglary within section 9 and at the time has with him … any weapon of offence. For this purpose ‘weapon of offence’ means any article made or adapted for use for causing injury to or incapacitating a person, or intended by the person having it with him for such use.

If a firearm or imitation firearm is carried, that fact can and should be reflected in specific counts under the Firearms Act 1968.

A simple burglary is inappropriate where a weapon is carried. However, it must be proved that the defendant was in possession of the relevant weapon of offence and at the relevant time.

In R v Michael O’Leary [1986] 82 Cr. App. R. 341 the defendant picked up a knife after entering the premises as a trespasser but before he confronted the householders and demanded their cash and jewellery.

The defendant was charged with aggravated burglary based on an offence of burglary under section 9(1)(b) of the Theft Act 1968. The burglary as charged was therefore not complete until he committed the theft, at which time he had the kitchen knife in his hand.

Burglary is normally an either way offence.

By virtue of section 17(1) and Sch.1 paragraph 28 of the Magistrates’ Court Act 1980 burglary is triable only on indictment if it:

Sections 111(2) and (4) of the Powers of Criminal Courts (Sentencing) Act 2000 contain important provisions in respect of domestic burglaries. They provide that a third domestic burglary (the so-called ‘third strike burglary’) is triable only on indictment where:

To identify a ‘third strike’ it is necessary to establish five dates, plus the age of the suspect on commission of the third burglary. The five dates must be different and follow each other in chronological order:

The suspect must have been 18 or over at the date of commission of the third burglary, but not at the commission or conviction of the earlier burglaries.

The third or (subsequent) offence that triggers the provisions and also the previous convictions must be offences of burglary. R v Maguire [2003] 2 Cr. App. R. (S.) 10 CA makes it clear that an attempt does not trigger the provisions. A charge of attempted burglary is an offence under the Criminal Attempts Act 1981 not the Theft Act 1968. Furthermore, if the defendant was convicted of an attempt then by definition a burglary did not take place.

A conviction for a ‘third strike’ domestic burglary makes a defendant aged 18 or over liable to a minimum sentence of 3 years, in accordance with sections 111(1) and (2) of the Powers of Criminal Courts (Sentencing) Act 2000. The court must impose a sentence of at least 3 years in custody, unless

In R v Kenneth Coleman (2013)CA (Crim Div) , the court held it was appropriate to read the provisions in the Power of Criminal Courts (Sentencing) Act 2000 as to the minimum term for a third domestic burglary together with the very similar provisions in the Theft Act 1968 s.9 with the effect that section 111 applied to the wider definition of dwellings provided for in section 9(4) of the 1968 Act, which included narrow boats and caravans.

If you are concerned you may be facing charges for Burglary, or are already facing charges, it is essential you contact us as quickly as possible.  Phone us now on  0114 256 0111, or email us or use the form on this page. 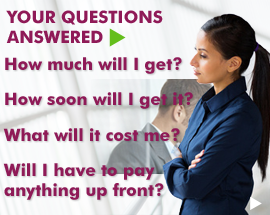 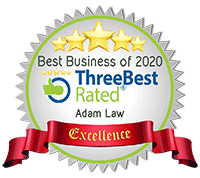